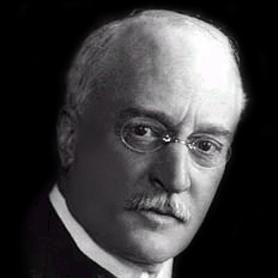 In 1912 he stated: “The diesel engine can be fed with vegetable oils and would help considerably in the development of agriculture of the countries which use it” and that “The use of vegetable oils for engine fuels may seem insignificant today. But such oils may become in course of time as important as petroleum and the coal tar products of the present time.”

A brief history of diesel begins with Rudolf Diesel the inventor. Rudolf Diesel was born in 1858 in Paris, France and educated at Munich Polytechnic. After graduation he became a refrigerator engineer, but didn’t enjoy it as much as his true love of engine design.

In 1893 Rudolf Diesel finally put to paper his theory of an engine that had combustion inside a cylinder. This would soon become know as the diesel engine. One of his first attempts at building the diesel engine almost killed him when the engine exploded. However, this explosion also proved his theory, that fuel could be ignited without a spark. After more development and refinement in 1897 he succeeded in running a diesel engine. This led to an 1898 patent #608,845 for the “internal combustion engine”. Rudolf proved that a theoretical 75.6% efficiency was possible, whereas the popular at the time steam engine only was able to achieve 10-12%. Through licensing the patent he was soon able to become a millionaire.

The first diesel engine was powered by peanut oil. It seems like he would have preferred it to stay that way also.

Rudolf Diesel unfortunately met a mysterious end in September of 1913. On September 29th he boarded the “SS Dresden” on a trip to attend the opening of a new factory in Ipswich. He never made it to England, and his body was found days later by the coast gaurd. There are many theories that Rudolf Diesel was murdered. Most center around the French, the Germans, or the burgeoning petroleum industry.

2 thoughts on “An amazingly timely quote by Rudolph diesel. The inventor of the Diesel engine”